dr Konrad Wojciechowski for Polityka: “Perovskite solar cell by Saule Technologies is the first flexible solar cell in the world to pass the damp heat test”

We are happy to share that dr Konrad Wojciechowski, the Chief Science Officer at Saule Technologies has been recently featured in Polityka. In the “World of Perovskites” [org., PL: Świat perowskitów] interview, he elaborated on the fascinating topic of perovskites and shared an exciting milestone for Saule Research Institute and Saule Technologies’ inkjet printed perovskite solar cells.

“– Our cell was the first flexible perovskite cell to pass such a test. This is the first such result in the world. In the case of perovskite cells, similar results have already been published, but all of them concerned conventional cells on glass, not flexible cells, as was the case in our case”, highlighted the success dr Konrad Wojciechowski during the interview for Polityka, one of the leading opinion-forming weekly-issued Polish magazines.

The whole interview has been conducted in Polish – click here to read it in the original language. For the English translation, please find the section below. 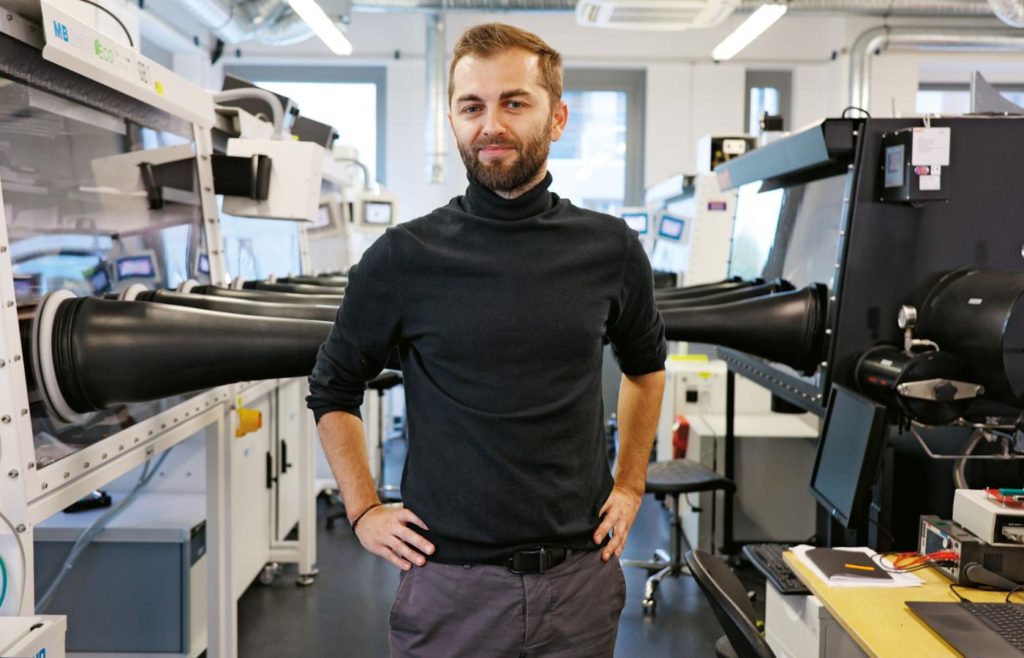 The World of Perovskites

Creating stable and durable photovoltaic cells that can replace silicon cells – this is what Dr. Konrad Wojciechowski from the Saule Research Institute Foundation, a laureate of the FIRST TEAM program financed from the Smart Development Operational Program and implemented by the Foundation for Polish Science, is working on.

What is the problem with perovskites? Why are we not seeing perovskite solar panels on roofs yet?

One of the biggest technological challenges is the stability of this type of cells. Perovskite materials are relatively sensitive to environmental conditions. Particularly high humidity makes them subject to rapid degradation. We strive to develop solutions that would increase their lifespan. Among other things, by modifying the composition of the material and refining the construction of the cells themselves, we want to increase the lifetime of perovskite solar cells to about 20 years.

How did you get started with these materials?

I was working on this technology while I was doing my PhD at Oxford University. After my PhD I joined Saule Technologies, where as a scientific director I was responsible for the development of perovskite technologies, primarily bearing in mind the business goals, i.e. how to scale the technology and then deliver the product.

At some point, we decided to establish the Saule Research Institute Foundation, which was to focus on issues directly related to the study of the scientific basis of this technology. It was about asking slightly different questions than those that are asked when pursuing only business goals. We wanted to focus on long-term development. It was at the Saule Research Institute that we carried out a project for three and a half years, which was financed from European Funds by the Foundation for Polish Science.

What were its goals?

We set ourselves the goal of diagnosing the biggest scientific problems related to perovskite cells. We wanted to study the phenomena and photophysical processes that take place in such cells. First of all, our goal is to extend the reliability of such cells and bring the moment of their full commercialization closer. To be able to achieve this, the first step is cognitive issues. For this reason, we need to identify areas that are bottlenecks, vulnerabilities that cause a number of problems with this type of cells.

As part of the project, we comprehensively studied various components of perovskite cells. This is an area of research that has brought a lot of interesting results in recent years. For example, we know that by adding various types of compounds and modifying the composition of the material, its structural stability can be increased. So we studied different compositions, we checked how such changes affect the structure and stability of the cells.

What else can affect how long a perovskite cell will last?

We analyzed how its stability is affected by the way the material is made. Because in addition to the fact that we have a set of cations and anions that create a perovskite structure, the stability is also influenced by how this material crystallizes. If we have better quality crystals that have fewer defects, because they crystallized in a better, slower, or maybe more accurate way, under better conditions, crystals with fewer defects and less stress in the crystal lattice, this will also affect their stability.

Using our know-how, developed both at the Saule Research Institute Foundation and at Saule Technologies, we used, among others, the inkjet printing technique. This is an area in which we have had several publications in scientific journals before.

However, the material itself is not everything, right?

The second very important issue is the optimization of the architecture and structure of the entire device, i.e. the finished panel. Here, too, we already have several publications, but this is a multifaceted problem.

In addition to the perovskite material itself, the photovoltaic device consists of several layers. The perovskite material is a photoactive layer, i.e. it absorbs solar radiation and generates charge carriers: electrons and electron holes. For the device to work, these charge carriers must be collected in an efficient manner. So we need to use the right materials and the right layers that will selectively collect them.

When we apply some material on the surface of the perovskite, a so-called interface is created. What photophysical processes take place at this interface, how does such an additional layer affect the perovskite material? Are there any states that can lead to undesirable processes that waste energy? This area is one of the most intensively researched aspects of perovskite solar cell technology. And this is because it is at the junction of different layers that the most happens.

For our part, we made a brick by diagnosing several physical problems. We have shown that it is possible to choose better, more effective materials. We were also able to show how to modify the area where two different types of materials meet. When skillfully selected, this leads to loss reduction and improves device stability. We have just published a comprehensive publication on the subject, in which we show both the impact on the efficiency of these devices, as well as their long-term stability.

Then you have to test it all.

The third area we dealt with as part of the project was reliability testing. When we have a ready device, it must be subjected to appropriate stability tests. We focused on tests conducted in application conditions, i.e. as close as possible to those that the device will encounter during real operation. This allows you to estimate whether a given device will be stable for five, ten or fifteen years. A kind of standardized test is used for this purpose, the so-called accelerated aging tests. Then, on their basis, you can estimate the long-term operation time of the panel.

In order to conduct such tests, the device must be properly prepared, i.e. protected against external conditions, for example, to ensure that it works stably during hot weather or downpours. In this area, we also studied what materials and what mechanical and photophysical processes can occur after encapsulation of the device. As far as I know, this is the first demonstration of flexible perovskite solar cells that have passed accelerated aging tests.

How does such a test work?

The most famous, so-called “damp heat” test, consists in placing the device in a climatic chamber in which the temperature is 85 degrees C and 85 percent. moisture. One thousand hours of operation under these conditions is the minimum target that silicon cells must pass as part of the certification process. However, this is a standard test for modules based on silicon technology. We, on the other hand, for the newer perovskite technology, use this test to be able to relate our results to existing silicon technologies, implementing the same tests and the same standards.

Our cell was the first flexible perovskite cell to pass such a test. This is the first such result in the world. In the case of perovskite cells, similar results have already been published, but all of them concerned conventional cells on glass, not flexible cells, as was the case in our case.

Why are these tests so important?

One of the biggest technological challenges on the way to mass commercialization of perovskite photovoltaics is that such cells are prone to rapid degradation. We want to eliminate undesirable reactions in such a way as to increase the lifetime of our cells and so that they can effectively compete with traditional technologies.

The progressing climate change and the rapidly growing demand for energy make the diversification of energy sources and increasing the generation capacity of clean, renewable sources, such as photovoltaics, crucial for our future.” 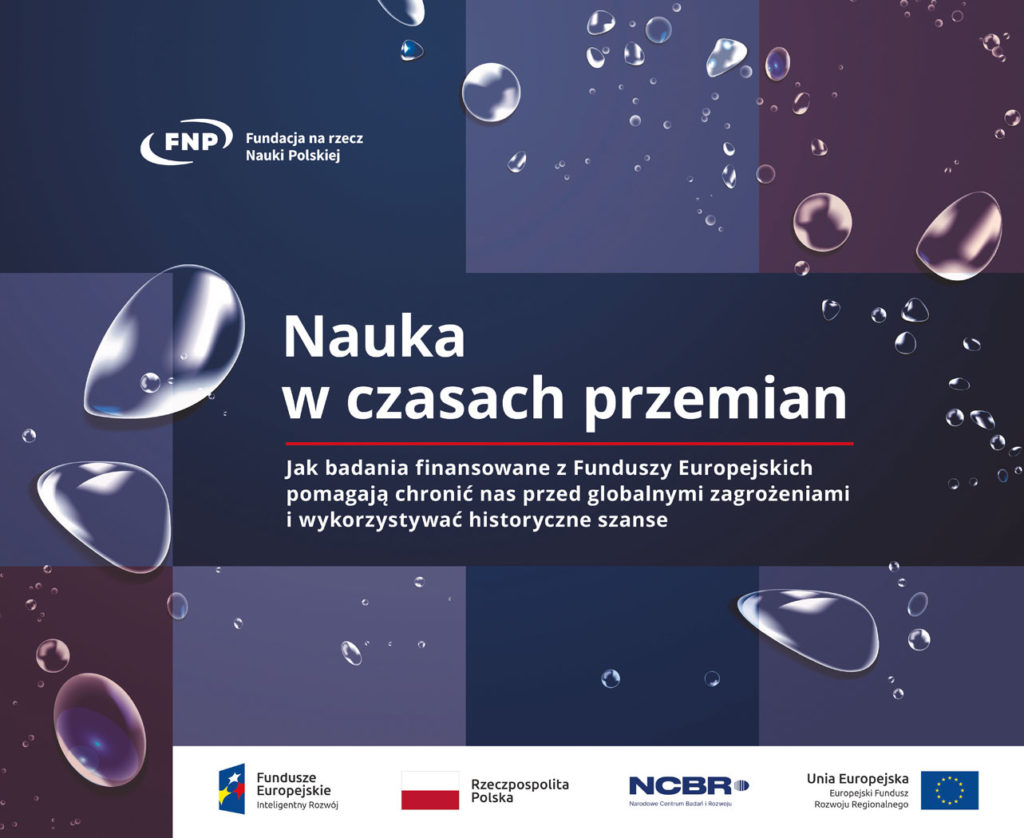 More about the latest research results from Polish laboratories in the publication entitled “Science in times of change. How European-funded research helps protect us from global threats and seize historic opportunities”: www.fnp.org.pl.

Nearly 23 percent – that is how much the global production of clean solar energy increases year on year. Today’s photovoltaic panels are based on silicon, just like the first cells developed in the 1950s. However, scientists are working on a new generation of cells in which silicon crystals are replaced by, among others, silicon. perovskites. It is a group of materials with a specific crystal structure. Metal halide perovskites exhibit very attractive optoelectronic properties, allowing the creation of potentially cheaper and more efficient photovoltaic cells than those currently used. Polish researchers are at the forefront of work on this technology, and the perovskite photovoltaic cells they developed were the first to undergo an important test.

Dr Konrad Wojciechowski from Saule Research Institute is a chemist and a physicist. He works on creating stable and durable photovoltaic cells that can replace silicon cells.

The FIRST TEAM program is implemented by the Foundation for Polish Science with EU funds from the European Regional Development Fund under the Smart Growth Operational Programme, Axis IV: Increasing the scientific and research potential, Measure 4.4 Increasing the human resources potential of the R&D sector. 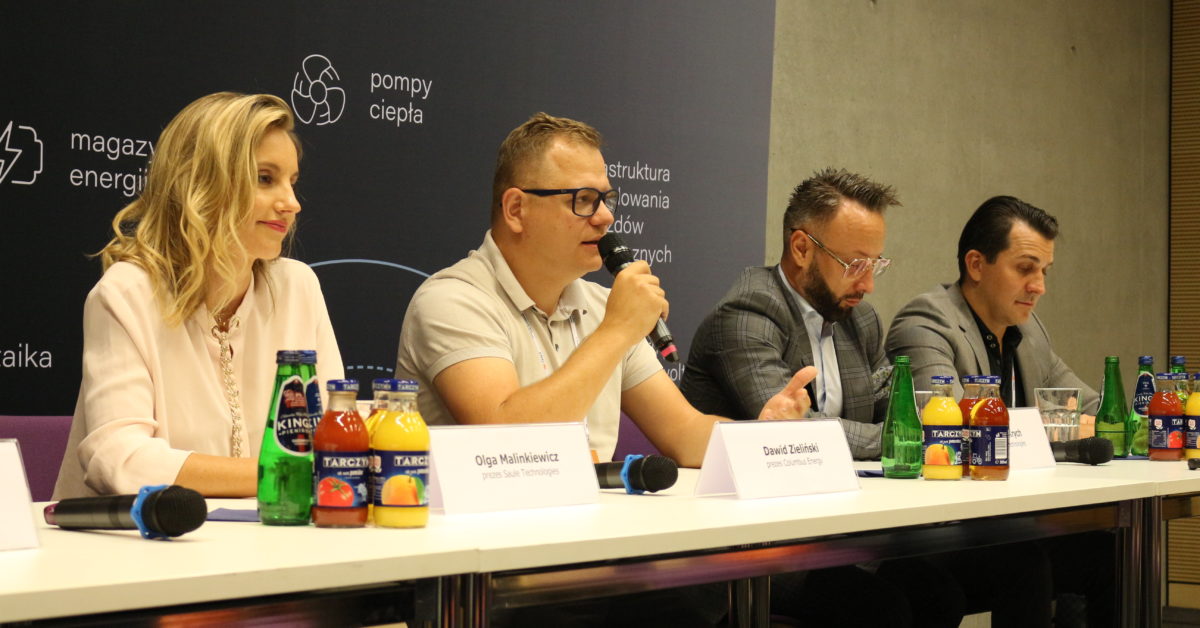 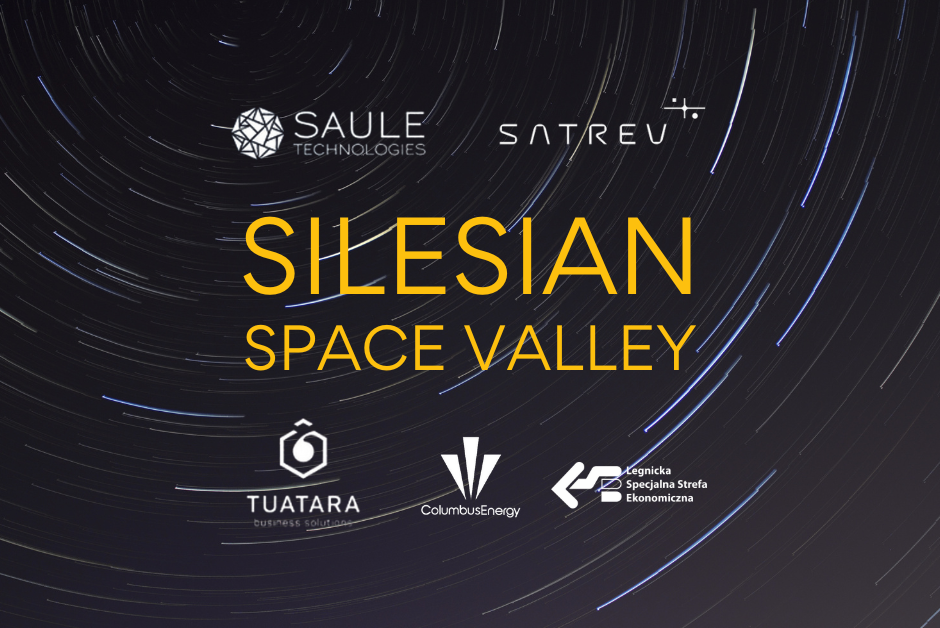 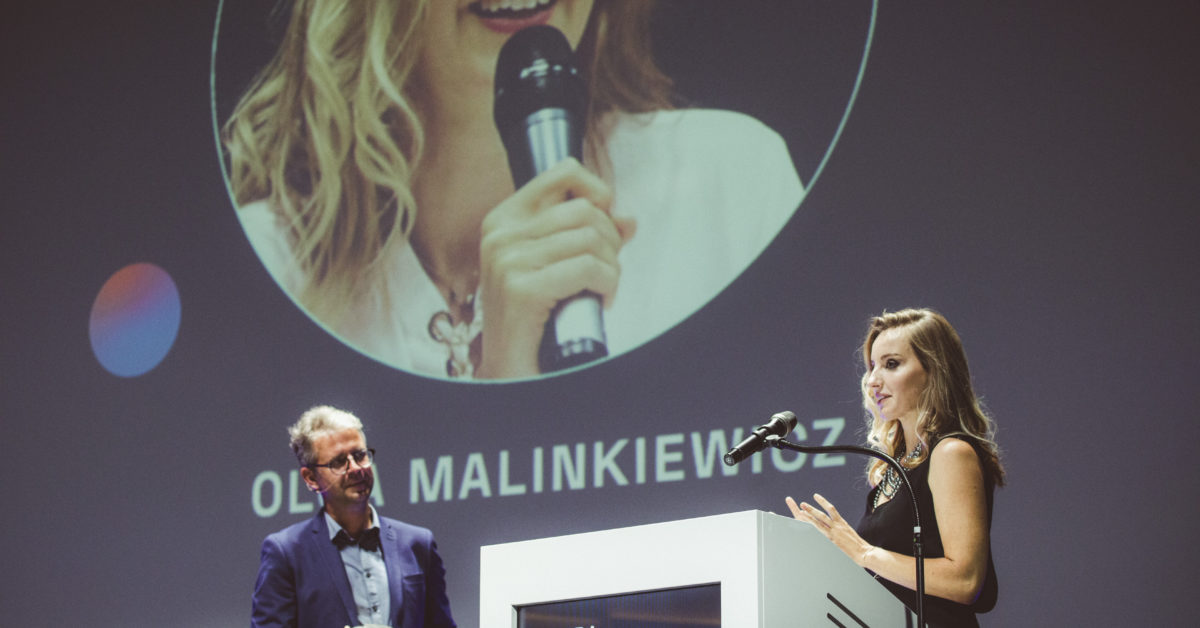